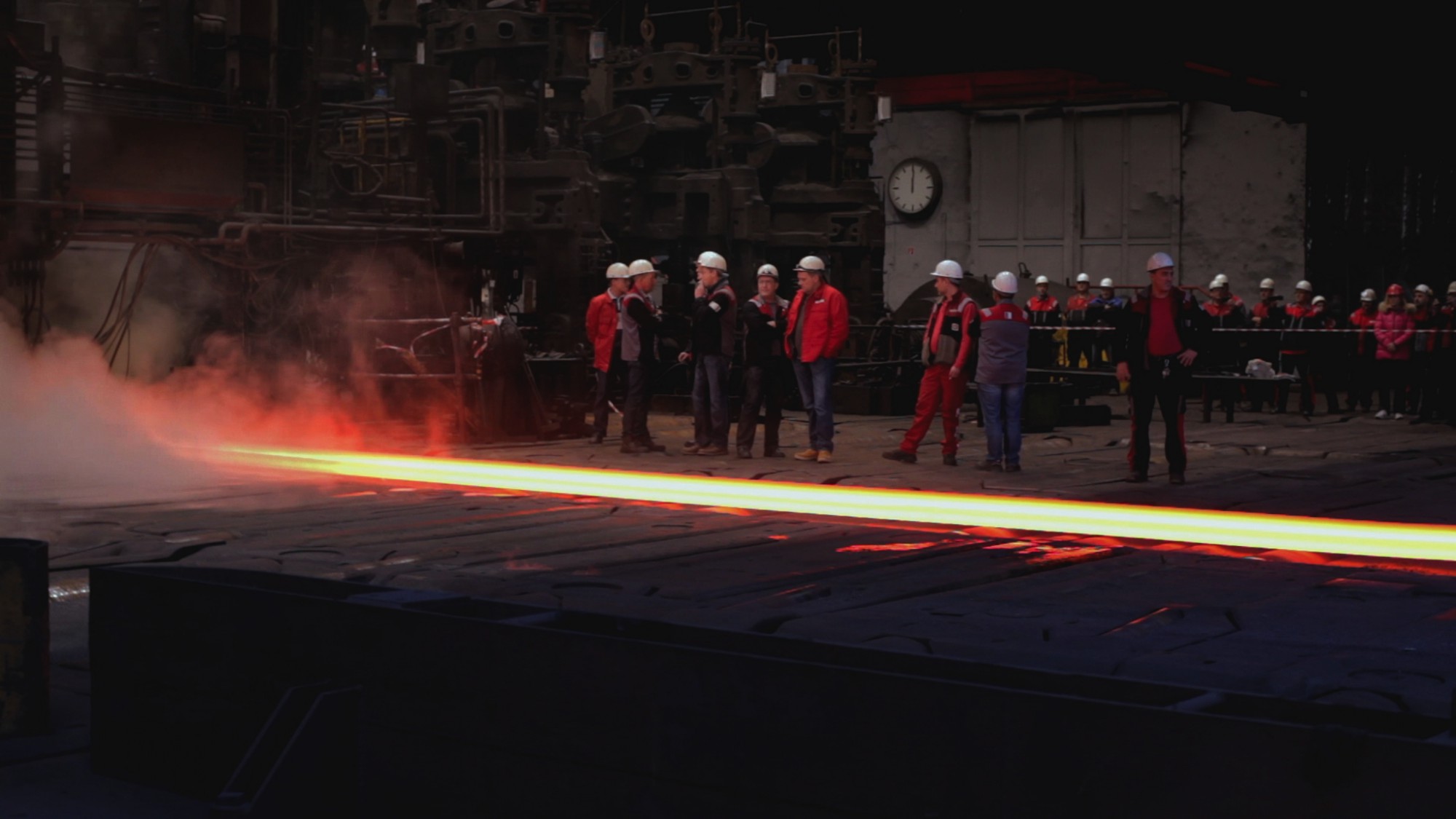 Duisburg-Bruckhausen is the site of the last German rail rolling mill, which is closing down. After more than a hundred years of production, the factory closure is another element in the Ruhr valley’s crumbling industrial heritage. People face social decline again, political decision-makers are once more powerless, and another company has made a decision. FLÜSSE TÄLER BERGE portrays these politico-economic forces in society as it narrates the history of the region: The façades of the city and the rail tracks lining the countryside also reflect the hierarchical situation of an entire century.